We often hear a critique of sandbagging which goes something like this: “People who sandbag their routes are just egotistical pricks.” The line of logic is, essentially, that an insecure climber can feel better about his or herself by watching someone flail on a route he or she mastered, and can then declare “psh, that’s only 5.whatever.” This logic is incongruent with our own experiences, both as climbers, as friends of first ascentionists, and as first ascentionists ourselves.

Index is an area widely known for its sandbagging. Richard Ellison’s famous Index t-shirt, with a list of routes on the back almost all rated 5.11b (though most are not), is an obvious nod to this fact. From beginners, to experts, visitors to locals, everyone has been on at least one Index route that raised a skeptical eyebrow. Is Godzilla really a 5.9? Don Heller and Don Harder thought so in 1972. Is Thin Fingers really a 5.11a with that one impossible slab move? Paul Boving felt that was the case in 1977. Is Iron Horse really only 5.11d to the ringing flake—even though Sonnie Trotter purportedly thought it felt more like 5.12c? When Peter Croft climbed it in 1981, that was the number he deemed appropriate.

The problem with the theory of the arrogant sandbagger is that Index’s strongest climbers, and most prolific first ascentionists, are anything but egotistical. All that we have met are humble, talented climbers, who do it for the fun of it. Mikey Schaefer may be the only fully professional climber—in the modern sense of the word—to ever come from Index, and he’s the definition of humility. What is a far more plausible explanation for Index’s apparently stiff grades is a combination of two factors: geology and weather. 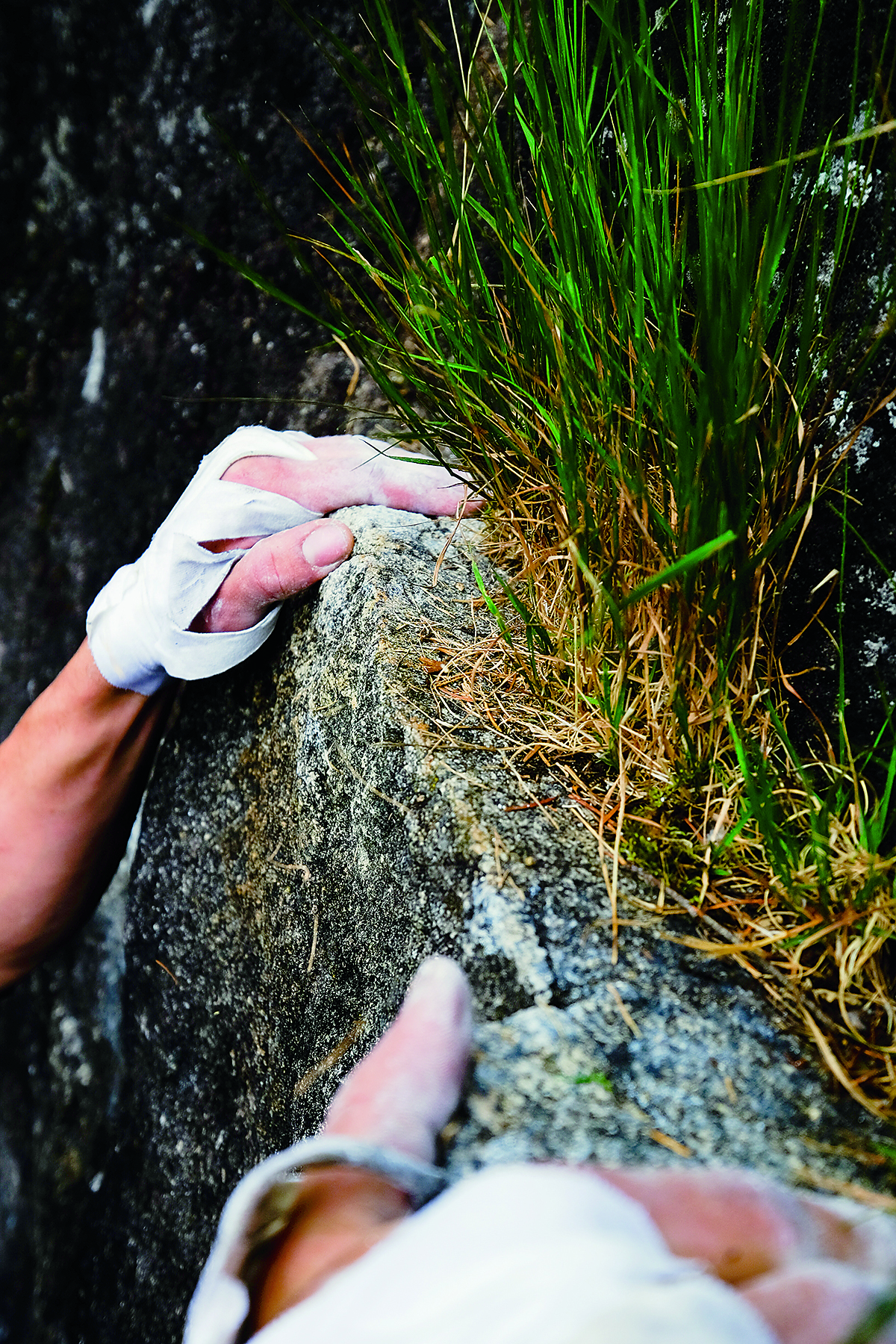 First of all, Index’s geology is unique for American granite. It does not form in vertical fractures like Yosemite, or other areas where “splitters” predominate, but rather fractures horizontally in long bands. It’s incredibly fine-grained, almost like New River Gorge sandstone, which makes it different from Squamish, Yosemite, the High Sierra, or anything in Colorado, Utah, or Wyoming. We can’t think of any other granite as grippy as Index under proper conditions. The knobs are less extruded than many chicken-headed areas; the rock is steep but usually just slightly under vertical; few climbs remain pure to a single style. Terminal Preppie is a slab climb with a fi ngercrack roof finish. Japanese Gardens is a face climb to a hand crack to an offwidth to a finger crack, to a stem box, to a layback. Even Slow Children—one of Index’s most splitter cracks—involves walking a plank, stemming, laybacking, and friction smearing. Very few routes at Index feel remotely reminiscent of any another, or to routes anywhere else. So the climbing is unique, and there’s little that any climber can do to prepare for it other than to climb at Index. Hence visitors will find the area peculiar, uncomfortable, and stiff. Furthermore, most visiting climbers will come to Index during the heat of the summer. Almost nothing at Index is a straightforward plain and simple crack, which means you have to face climb. Face climbing is incredibly conditions-dependent, especially somewhere like Index where friction is so important. That crux on Thin Fingers? It feels significantly easier when the temperature is below 70 degrees. But most climbers come to Index in July and August, and climb during the hottest part of the day, in the sun. This can make routes feel harder than they actually are.

Yet even Index veterans who know better than to climb in the sun can think of a ton of sandbagged routes—what gives? Consider, for example, Model Worker. If you’re taller than 6’5”, the second crux will feel uncomfortably scrunched up. If you’re shorter, the first crux requires either a crazy all-points-off sideways dyno, or you have to be as flexible and as strong as Lynn Hill. This is typical Index fare. Most of the routes have distinct cruxes, and most of those cruxes feel harder to someone who is short, or someone who is tall. In the end, there‘s just no way around it. In other words, everyone will find a sandbag somewhere at Index—no matter how long she or he has climbed here.

Index has a learning curve like anywhere else. If you climb here long enough, you’ll likely succumb to the reverse-sandbag affect. After climbing predominantly at Index for four summers, our onsight and redpoint grades both increased significantly at the crag.