I caught up with Jenny Fischer at the Outdoor Retailer show in early August. You might know Jenny as @jenny.lemonpie on Instagram, where she documents her climbing travels across the US, Europe, and China. We know Fischer as the first photographer to submit a self-portrait to the Women of Climbing Calendar. 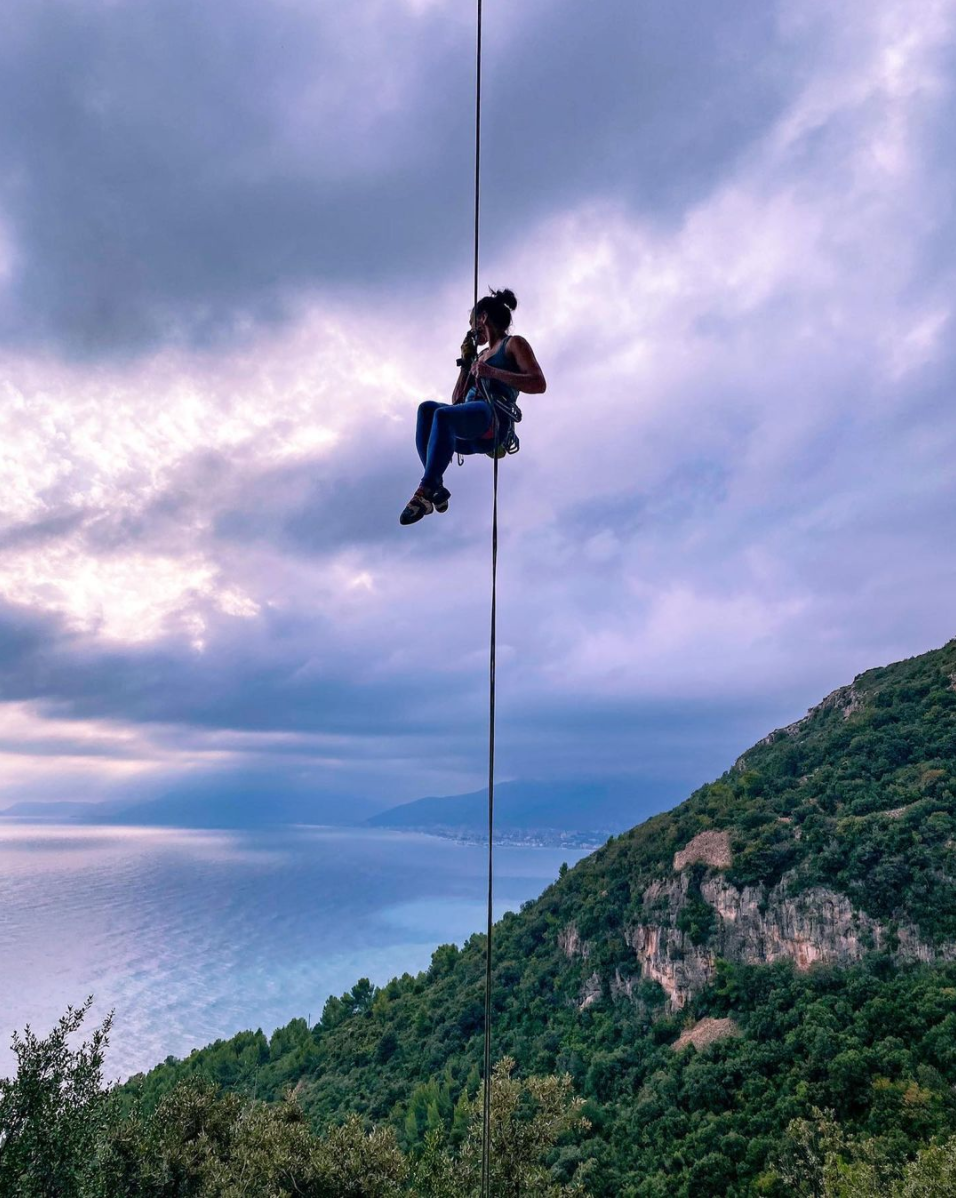 As I write this, the recent news cycle has been commanded by women. Janja Garnbret reigning supreme in yet another World Cup competition, Michaela Kiersch on the first female ascent of Super Tweak 5.14b, and a Pasang Lhamu Sherpa Akita and Dawa Yangzum Sherpa being the first women in Nepal to summit Annapurna 26,545 ft without supplementary oxygen.

We've been celebrating that since 1998 with our Women of Climbing calendar. Fred Knapp, Sharp End's Founder, had been climbing since 1983. He saw the disparity between male and female climbers gradually shrink in the community. When I asked Fred why Sharp End Publishing began to sell the calendars, he had a cheeky grin. However, it quickly evolved as Heidi Knapp, Fred's wife, took over the calendar production two years later.

"Heidi and the publisher have done an amazing job with the calendar," wrote Nathan Welton, a photographer from the 2011 calendar, "it's filled with inspiring photographs of girls climbing way harder than I ever will."

Jenny Fischer started taking photos in college. "Not seriously," she joked, "just for fun." A few years later, a friend of hers began to take photos too. Fischer found herself the guinea pig. The process was gradual. "It was fun to go over the photos as a group when the day was over," Fischer described. "What angles worked best, what told the story well, what kinds of movement catch people's eyes." Slowly, she began to learn what the sport looked like through the eyes of a photographer as opposed to just a climber.

"But I never got to do much with the camera myself," she lamented. That was years ago, back when she still lived in Tuscan, Arizona. It wasn't until years later before she picked up a camera herself. 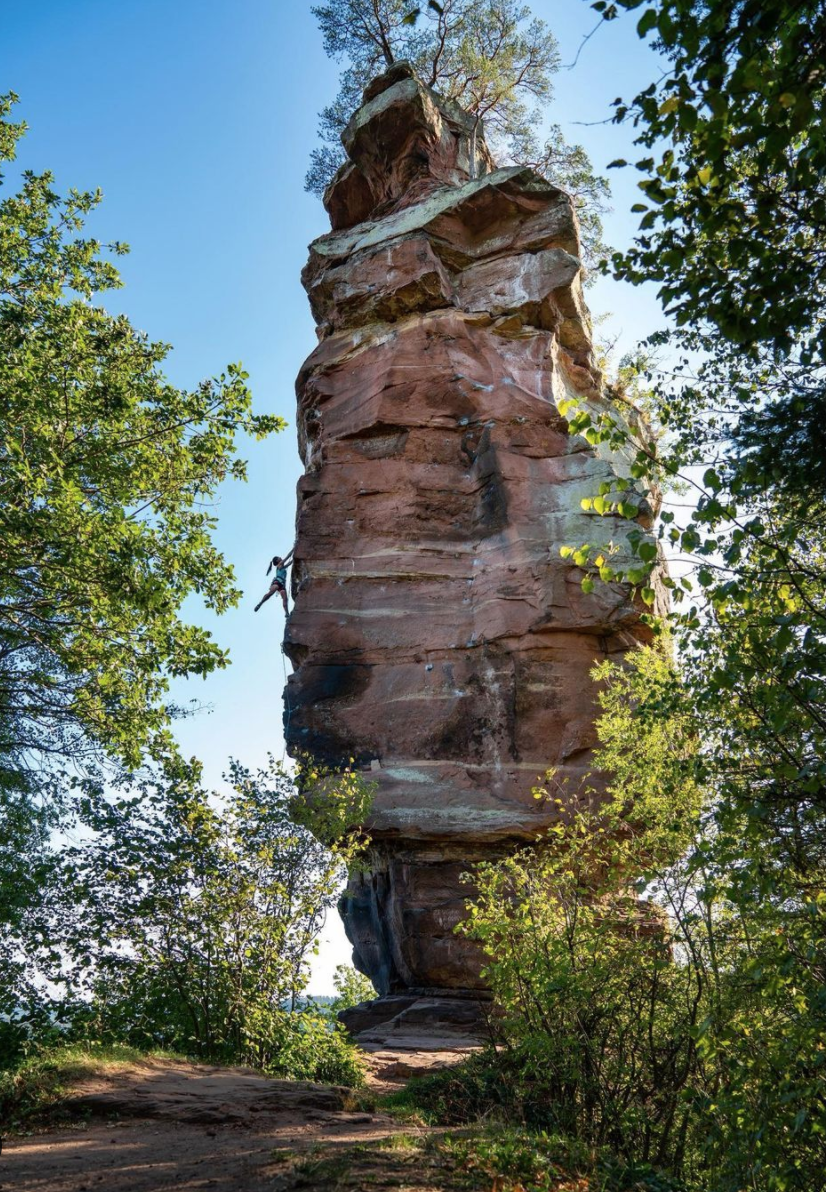 Fischer was in Germany in 2019 on a work trip when a stranger asked her to climb on Instagram. "We can meet somewhere in Germany and drive to the Czech Republic together," the stranger wrote.

"Wait a minute," Fischer's co-worker had replied. "So you're going to meet this stranger at a gas station, in a country you don't know, and go climb on sketchy pro? Are you insane!?"

Fischer posted a picture of herself and this "stranger" atop a Czech sandstone tower six months later. The sun was setting, and she laid her head on his shoulder. The caption read: "So the truth is… the amazing climbing wasn't the real reason I moved to the Czech Republic."

I met Žiži earlier that day when I stopped by to pick Jenny up. He was tall, polite, and soft-spoken. He patiently explained the history of textile pro and bolting ethics in the Czech Republic. I grimaced and winced as he talked. I knew sandstone climbing in the Czech Republic has a reputation for being dangerous, but I was unprepared for just how much.

Metal protection like camalots is banned in many areas, so is chalk. Bolting had strict rules on how far apart bolts can be. Some sport routes boasted bolts fifteen or more feet apart, leaving the first three to four bolts with serious ground-fall potential. Žiži explained all of this with casual confidence while we waited for Fischer to finish up a meeting.

In truth, Žiži wasn't a total stranger to Fischer. He was a co-worker of a co-worker's.

"If he was a total stranger, would you have gone?" I asked.

Fischer grinned like a kid who got caught sneaking a cookie from the jar before dinner. "Yes," she said. That is the attitude Fischer carries with her through life, love, and climbing. 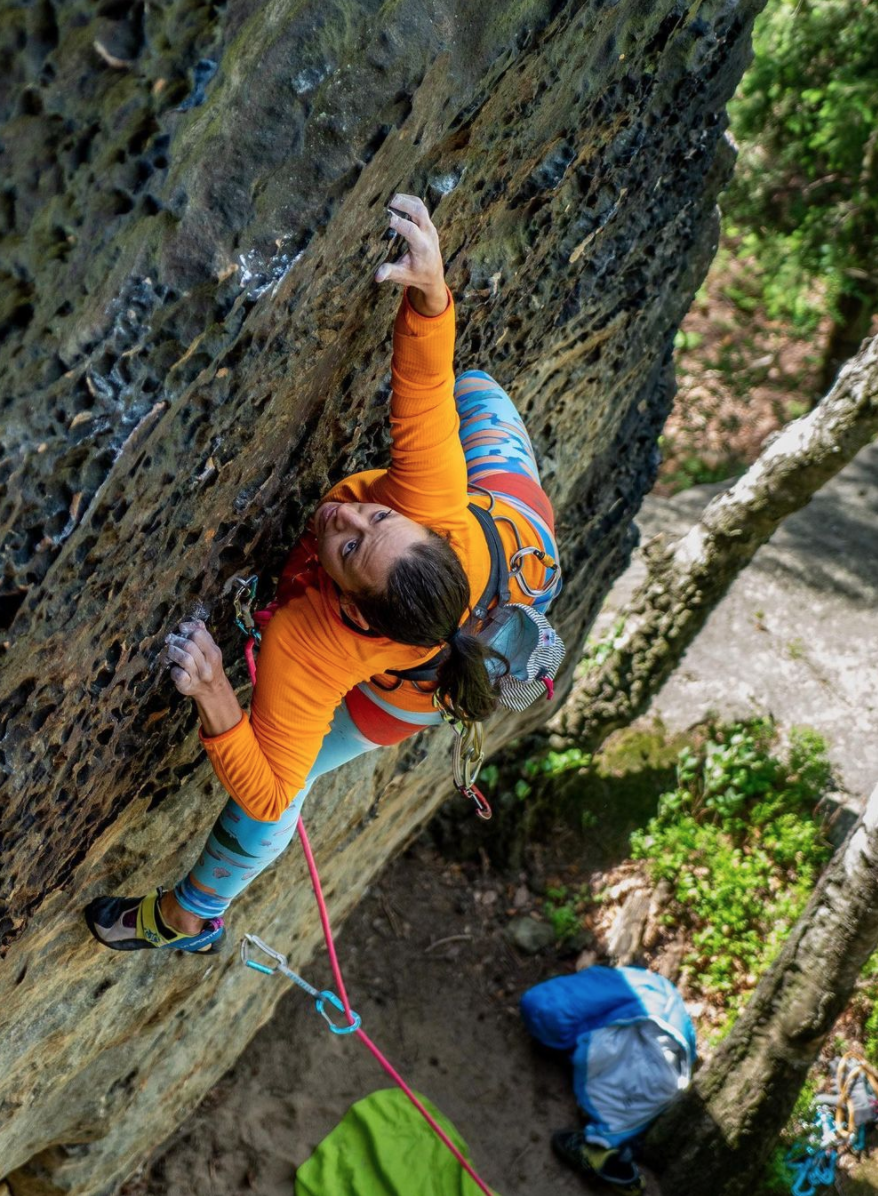 The pair quit their jobs to travel in January 2020 before the world shut down. Due to the travel ban on both their home countries, the couple was stuck in limbo. The only option to stay together was to stay put. They climbed whenever the travel bans lifted but kept their climbing circle to just the two of them to mitigate the risk of COVID-19. That's when Fischer picked up the camera again.

This carefully composed self-portrait of Fischer on Pecora Puzzle in Sardinia, Italy, is a lasting impression of a time when the world stood still.

Fischer set up the camera on an interval timer. "It's a mystery," she said. "If someone stands in front of the camera, or a cloud rolls over and changes the exposure, or the tripod falls over…You get what you get." 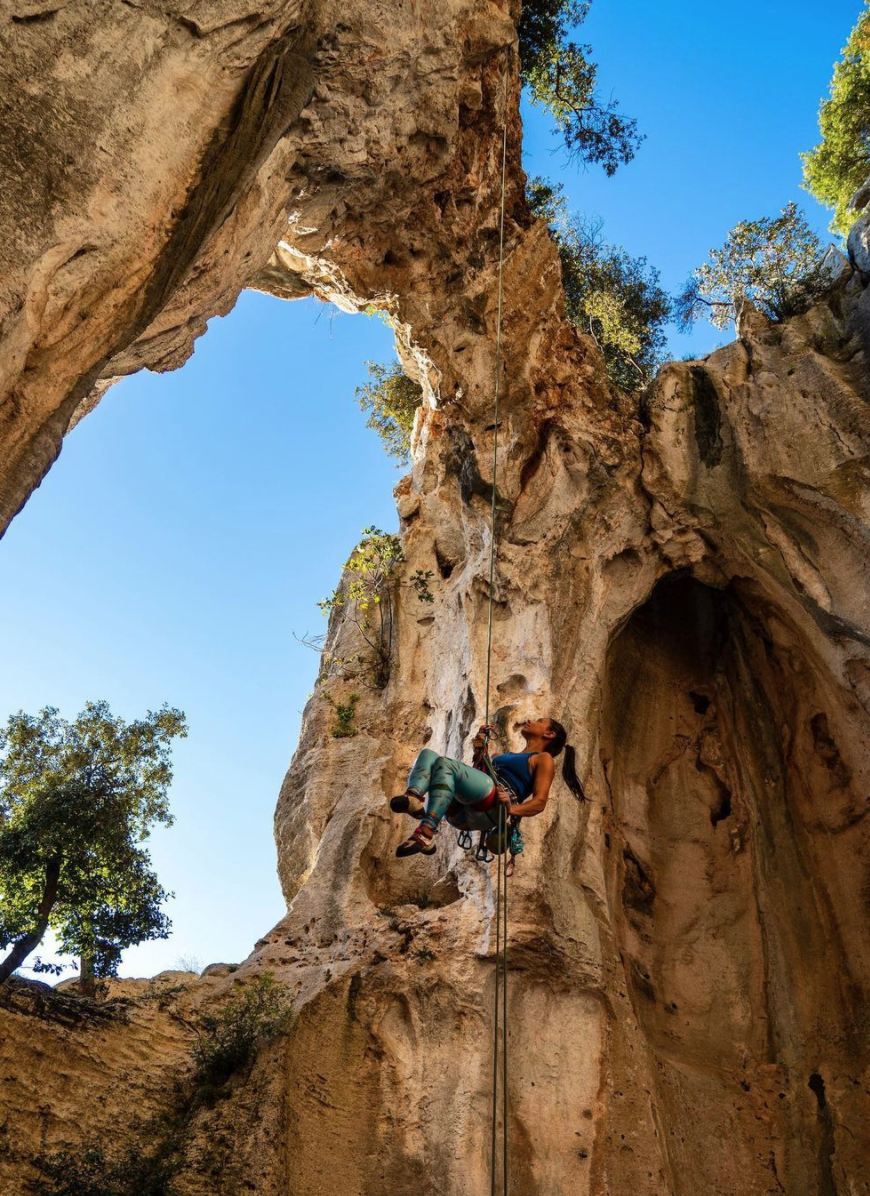 When you're shooting yourself on a timer, you only have a static frame. Pay attention to your composition, Fischer emphasized. Wider frames work better. Lighting can be saved, more or less, in post-production. But if your frame cuts too close, you can't widen it.

"What advice do you have for an aspiring photographer looking to get into adventure photography?" I asked.

"First, get a study tripod," Fischer replied. "More importantly, Don't be afraid to try things. There are obvious angles, but think about what people don't see. I try to capture images that someone won't see if they're just standing there."

Today, Fischer Žiži moved to Boulder, Colorado, where she was to begin her new position as the CEO of Ocun, a Czech climbing company. Žiži would join the team as the Sales Director.

"This is a question I stumble over a little bit. I'm originally from Michigan. My taxes will say Boulder, but I think about home as feelings rather than places. Some places feel right; being there feels right," replied Jenny. She held up the photo of Sardinia, Italy, from the calendar. "It felt right there."